Dating the Prince of Darkness has its challenges...
Leila's psychic abilities have been failing her, and now she isn't sure what the future holds. If that weren't enough, her lover, Vlad, has been acting distant. Though Leila is a mere mortal, she's also a modern woman who refuses to accept the cold shoulder treatment forever–especially from the darkly handsome vampire who still won't admit that he loves her.
Like choosing between eternal love and a loveless eternity...
Soon circumstances send Leila back to the carnival circuit, where tragedy strikes. And when she finds herself in the crosshairs of a killer who may be closer than she realizes, Leila must decide who to trust– the fiery vampire who arouses her passions like no other or the tortured knight who longs to be more than a friend? With danger stalking her every step of the way, all it takes is one wrong move to damn her for eternity.

So, I love Jeaniene Frost and her books. They've been so good, but then this one came and I don't know..There was just so much wrong with it. It's hard to pin point exactly what it was, but it just wasn't as good as the previous one or even previous Frost books.
In the previous books Vlad is this funny guy who jokes around with Cat and even Bones and him get into these really funny fight because they "hate" eachother, let's not kid ourselves deep down they love eachother, but yeah this had none of that. It was all really Vlad the impaler. Like I know he has to be tough and all that, but I don't think it was this bad in the first book.
Let me just say to Vlad: 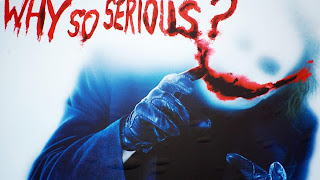 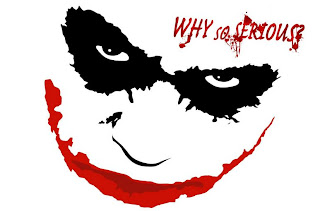 I miss his playful side :(

*spoilers* I wasn't even thrilled about their wedding or anything cause I just felt like... what is going on. So first he just lets her leave and get into all this trouble and when she comes back yeah let's get married now all of the sudden I can commit to you. And then the wedding.. I mean does he get happy about anything? Did he even smile in this book.
Why so evil Vlad!
And there was the opportunity to let him be that funny-ish guy I mean Bones and Cat were there for the wedding! And we have a bit of Cat in there, but no Bones, awww.. That's just sad.
Despite this I still like Leila as a character and she was herself, maybe even a bit more badass considering what she had to go through.
Another thing, I had this weird feeling with the book like I knew a lot was going on, but I just.. I felt like nothing was going on. I seems like the book was written in haste and I almost felt like I didn't even read an entire book, felt so short to me I don't know what it was.
*sigh*

I really hope the next one is better and this was just a leading up to it..