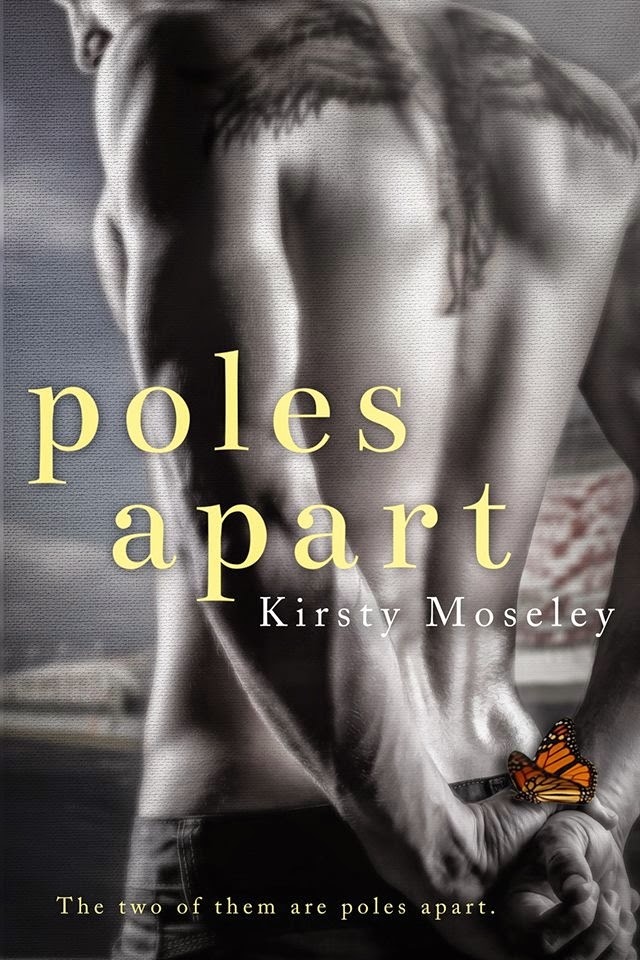 Carson Matthews, the hottest driver ever to hit the MotoGP circuit, is living the carefree, celebrity lifestyle. With little to worry about, other than keeping himself top of the leader board, his favourite weekend pastime is visiting a certain blonde at Angels Gentlemen’s Club.

Emma Bancroft, a part-time lap dancer, is just trying to make ends meet. Her responsibilities weigh heavily on her, as does the secret she’s kept from everyone for the last two and a half years.

The two of them are poles apart.

Emma works at Angels Gentleman's club as a waitress and part time lap dancer trying to get by, supporting herself and the ones she has at home.
Carson Matthews were only just starting his career getting into the MotoGP circle when him and Emma met for the first time. Ever since then he has been coming back to see her whenever his job allows him to.
He's the one person she's always had a weakness for, and the one person she hides the biggest secret from.

First of I relly admire Emma, it's amazing what she's been through and still getting by and doing everything she can to give her own little family everything they need all while struggling with her love for a man she doesn't think she can have.

Oh, and did I mention it was for Calvin Klein and he was only wearing a pair of white boxers in the photo? Every day, I opened my curtains and was greeted by a ten-foot picture of the guy I was in love with- not good for the soul that one.

Emma is not only strong, but also pretty funny which all just makes it awesome to follow her point of view.

I made a show of patting my jeans' pockets before I shook my head. "Nope, sorry. Looks like I'm all out of fucks to give."

So I want to keep the spoiler free and won't reveal too much about the storyline, but already early on there's a surprise that completely changes the story from what you think it'll be. From there on it's one emotional ride. I loved every bit of it, I just had to know what were gonna happen.
Emma and Carson's chemistry is amazing! It's pretty clear that they care for eachother, from the moment Carson comes in he only has his eyes on Emma and her on him. I love the little game they have where he has to work words into his interview to show he thinks of her. It's really sweet.
Everything is great between her and Carson, despite her work they have a sort of relationship, until the public discovers Emma and her secret that she's been hiding.

The only negative thing I suppose is the end. I was relly hoping for something big and unpredictable, but I pretty much saw it coming that end, not that it was bad, I was just hoping for more

Overall a great and sweet book. I loved the story, great writing and amazingly developed characters that you'll quickly get invested with.
Another wonderful book by Kirsty Moseley.

My name is Kirsty. I was born in Hertfordshire, England. In 2000 I moved to Norfolk, it was there that I met my husband, Lee. Now, what can I say about Lee, apart from everyone should have one? He's my biggest supporter, and I wouldn't be where I am today without his encouragement and endless support. He is my inspiration behind most of my male leads, I always try to bring a little of him in somewhere, be it his kindness, selflessness, or just his ability to make me feel treasured.
In 2005, I was gifted with the birth of my son. He is, and always will be, the best thing I have ever done in my life. As you can probably tell,  I'm a very proud mummy.
I have always been interested in writing, but after the birth of my son I accidentally came across an amateur writing site. After a couple of months of just reading on there, I finally plucked up the courage and posted one of my stories. I was shocked and overwhelmed by the support of readers on there and they gave me the confidence to get where I am today.

In April 2012, I self-published my first novel ‘The Boy Who Sneaks in my Bedroom Window’. And in October 2012 I took the plunge again, publishing my second novel, 'Always You.'

Lastly, if I had to sum myself up in one word, it would probably be ‘daydreamer’ – but unlike most of my school teachers, I don’t necessarily view that as a bad thing. After all, I read somewhere once that books are like waking dreams….