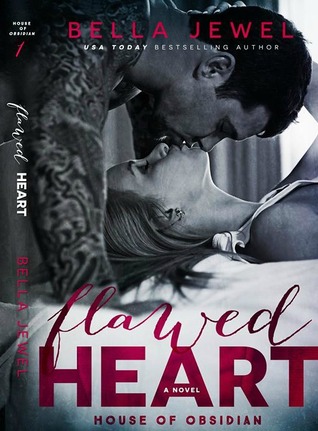 What an emotional ride. Not a book I was willing to put down, ended it in one day. I just had to know what would happened next.

Years ago Belle ran. She ran from the man she married, the man she loved because she had to. Now she returns, years later because her mom is dying and she wants to spend what time she has left with her.
A lot has changed since she left, but some things remain the same.

I've been looking for a good second chance romance and this one was just what I needed. It's emotional, hot (I mean, hot like lava) and drama all over. And I loved every second of it!
I really loved how the story was set up, how we get her POV (mostly) in the present and his in the past- however they do change it up a bit as we move along, but it all made sense because in the moment it was that person we needed to be with and see what was happening.
Honestly, I don't even want to say too much and give it all away, but rather it just be experienced on your own and go through all the emotions. What I can say is that it is one amazing book filled with emotions, great characters that you can relate to,  the story is fantastic as well as the writing.

The only complaint I have and my reason for not the full 5 stars was that I felt the ending was too abrupt. Seemed like it was just setting up the next book and then just ending their story real quick. After thinking I've figured out what it was I needed, more from Max. I felt like there could have been a chapter or two more with him from the past to just see his reaction to her leaving and what he did and how he reacted and what he did after. How he started fighting and his road to recovery basically.
Just needed that to really end the book and just to give a better explanation and also have Belle understand what has happened with him while she's been gone.

Still a book I would definitely recommend.

Bella Jewel is a self published, USA Today bestselling author. She’s been publishing since 2013. Her first release was a contemporary romance, Hell’s Knights which topped the charts upon release. Since that time, she has published over five novels, gaining a bestseller status on numerous platforms. She lives in North Queensland and is currently studying editing and proofreading to further expand her career. Bella has been writing since she was just shy of fifteen years old. In Summer 2013 she was offered an ebook deal through Montlake Romance for her bestselling modern day pirate series, Enslaved By The Ocean. She plans to expand her writing career, planning many new releases for the future.