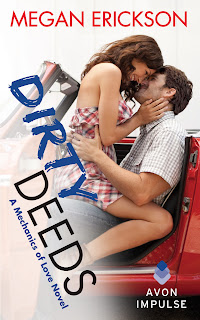 Alex Dawn is saying no to men. No to bad relationships, disappointments, and smooth-talkers. Focusing on her family and her job at Payton and Sons Automotive keeps her mind occupied and her heart content. She doesn’t really miss a man’s touch, until one night, one shows up with the body of a god and a voice from her dirtiest dreams.

L.M. Spencer is only in Tory, Maryland, to scope out the town as a possible site for one of his company's hotels. The British businessman didn’t expect his car to break down or to find the hottest little American he’s ever seen holding a tire iron, piercing him with bright blue eyes.

They agree to one hot night, one dirty deed to burn out the chemistry between them. But from their first kiss, Alex can’t stop saying yes to this man. And when Spencer’s company threatens everything she cares about, they must make the choice to stand together or apart.

Another great read in the Mechanics of Love books!
This time we get to see Alex rediscover herself and find love once more.

Alex Dawn has to intention of getting into a relationship due to her past experience. She wants to focus on her job and her family.
However one day, at her job at Payton and Sons a posh Brit, L.M Spencer rolls into town with a broken car. Alex offers him a lift to his hotel.
A hot meal and a beer too many later they agree to one night together.
Turns out it'll be harder for Alex to keep Spencer at arm's length.

After Dirty talk I was eager to get to Alex's story and learn a little more what it was all like for her, we got to hear a lot about what she had been through in the previous book with Ivy's story, so it was also one of those time where you really want the character to get their happy end . Ivy got hers, now it was Alex' turn.
I loved Alex and Spencer, they were seriously so adorable together, they way they act together. Alex is feisty when she wants to be, but when it comes to love she holds back. It wasn't exactly easy for her and Spencer at first, but the closer they got, it got easier.
This books wasn't just about Spencer and Alex's love, it was also about Alex findind herself after what happened to her. She had to get her confidence back and learn to trust men.
Spencer also had something to get past due to his past. He had to realize that where he was from wasn't bad and money and success isn't always everything.
Alex and her brit make a great couple in the end.

I'd recommend this book as part of the series, because it's great seeing Alex getting her happy ever after and finding herself again.
However I still liked the previous two more than this.
Overall a good read. Be prepared for some dirty deeds in it of course. 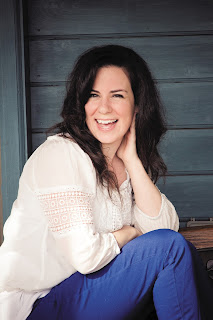 Praise for MEGAN ERICKSON
“A super sweet, extra sexy second chance romance that will have you laughing out loud and needing a minute to cool off. Dirty Thoughts is right!”
— Jay Crownover, New York Times bestselling author