"Lyrical, heartbreaking, and emotionally intense, A THOUSAND LETTERS is a beautiful portrait of an undying love that deserves a second chance."

A Thousand Letters, an all-new emotional standalone by Staci Hart is LIVE!!!

Sometimes your life is split by a single decision.

I’ve spent every day of the last seven years regretting mine: he left, and I didn’t follow. A thousand letters went unanswered, my words like petals in the wind, spinning away into nothing, taking me with them.

But now he’s back.

I barely recognize the man he’s become, but I can still see a glimmer of the boy who asked me to be his forever, the boy I walked away from when I was young and afraid.

Maybe if he’d come home under better circumstances, he could speak to me without anger in his voice. Maybe if I’d said yes all those years ago, he’d look at me without the weight of rejection in his eyes. Maybe if things were different, we would have had a chance.

One regretted decision sent him away. One painful journey bought him back to me. I only wish I could keep him. 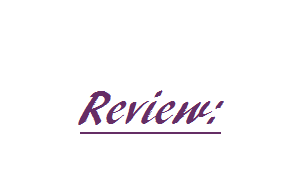 I don't even think I can begin to explain how beautiful this book was. Staci Hart continues to amaze me.

I am honestly not gonna say a single thing about the plot or anything. I want everybody to have the same experince I had, go on the same emotional ride.
So, yes.. this will be very short, because I can and will only say a few things, but they are what matters.

I think I cried probably 75% of this book, didn't take long for the first tears to come and honestly they kept being there on and off throughtout the book. There were just so many emotions going on in the book and it all got to me. Staci Hart managed to write and express it in such a beautiful way that and create characters that you relate and feel for and you quickly become involved in their life and care for them.

What matters: Writing- so freaking beautiful I want to write that word here a 1000 times for this book, I seriously had to take a moment sometimes and just go 'wow'.
Characters- deep and well thought out.
Plot- amazing, emotional and yes great love story.

Connect with the Author: