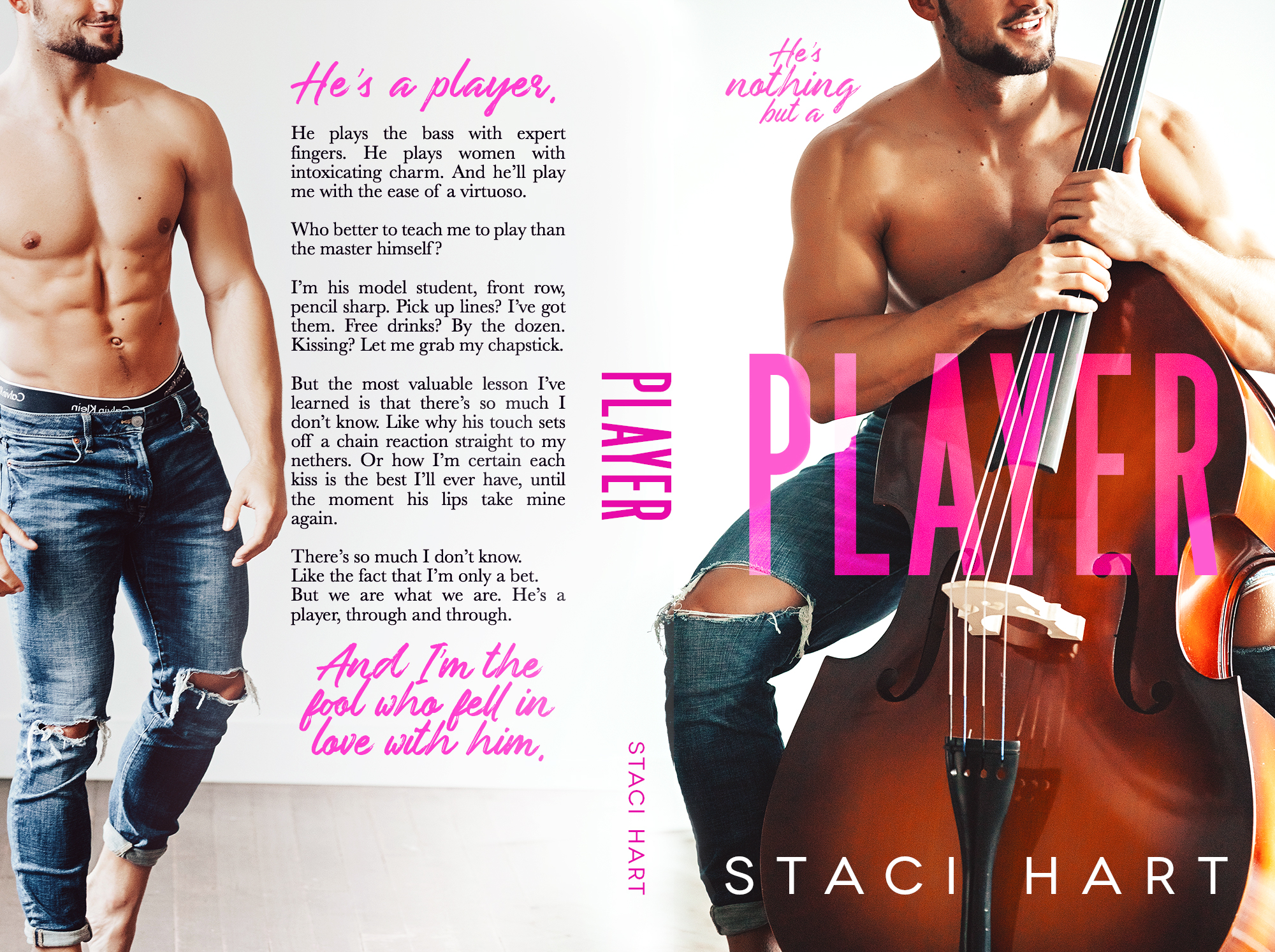 He plays the bass with expert fingers. He plays women with intoxicating charm. And he’ll play me with the ease of a virtuoso.


Who better to teach me to play than the master himself?


I’m his model student, front row, pencil sharp. Pick up lines? I’ve got them. Free drinks? By the dozen. Kissing? Let me grab my chapstick.


But the most valuable lesson I’ve learned is that there’s so much I don’t know. Like why his touch sets off a chain reaction straight to my nethers. Or how I’m certain each kiss is the best I’ll ever have, until the moment his lips take mine again.


There’s so much I don’t know.
Like the fact that I’m only a bet.
But we are what we are. He’s a player, through and through.
And I’m the fool who fell in love with him.

This book.
These characters.
This story.
*heart eyes*

From spit on his shoes, to her being his student this book is both fun and sweet.
Val hasn't had many men in her life, dating isn't what she's best at. So when the chance to be taught how to win a man over by Sam, the player she takes the chance. But every kiss makes her fall deeper.

Val to me was a refreshing female lead. She had her doubts about things, regarding herself like we all do, but at the same time she knew who she was and strong. She grew a lot in the span of the book, finding something she loved, rocking the red lips, got more confidence.
Sam, Sam, Sam. Sam doesn't do relationships, by his definition, he's a player - but he never lies to the girl and tells them they can be more.
It was really refreshing having a character who didn't lie to himself. He knew how he was and why he wanted it that way, but when it came time to it he was willing to grow and change his perspective instead of pushing Val away.

Sam and Val together are perfection.
The Bass player and the trumpet player .
Be prepared for a lot of kissing.
Sweet, funny and all around amazing story.

Download your copy today or read FREE in Kindle Unlimited!

The night flew by, time speeding up and sliding past with nothing to mark the hours but his laughter and my smiles and our bodies bouncing around the parquet like we had nothing in the world to do but dance. I had no idea how late it was until “New York, New York” came on with the house lights.

Sam hooked me under his arm and guided me out into the chilly fall evening. Like an idiot, I’d come without a jacket, and I tried to play it off like I wasn’t cold. A shiver wracked down my spine, betraying me.

He shrugged off his leather jacket. “Here, wear this.”

“B-but then y-you’ll be cold,” I said, shifting away from him in an effort to stop him. “Look, it’s n-not even cold. It’s f-fake cold. It’s only what—like, sixty out? M-my body is j-just being drunk and d-dumb.”

“Val.” The word was a gentle warning. He held out his jacket like a matador. “Put it on.”

He shook it once like he was taunting me. “Toro.”

I giggled, stumbling a little as I brought my hands to the top of my head, pointer fingers to the stars. “Olé!” I cheered as I charged. But instead of running through his jacket, I found myself in his arms.

I didn’t know how it happened. The jacket was there, and then it was gone. But instead of being laid out on the sidewalk like I should have been, Sam’s arms were hooked around my waist, our bodies winding together and twisting from the force of his catch. And then I looked up, and time stretched out in a long, still moment. His eyes on my mouth. Mine on his. His nose millimeters from mine and his mouth so close, if I turned my head just right, our lips would brush. The warmth of him was everywhere.

I wasn’t cold anymore. I was on fire.

So I said the first thing that entered my empty mind.

“Are you going to kiss me, or am I gonna have to lie to my diary?”

The moment broke with our laughter, filled the air around us, stopped my chugging heart. He pressed his lips to my forehead.

He hooked his jacket over my shoulders, taking a moment to look over my face, watching his fingers as he tucked a loose curl behind my ear. “Come on. Let’s get you home. You did good tonight, Val.”

“Thanks to your expert advice.”

But he smiled. “Pretty soon, you’ll figure out you didn’t need me at all.”

And I smiled back and pretended like it was possible that statement held an iota of truth.