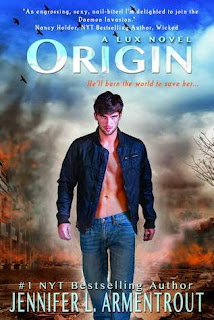 Daemon will do anything to get Katy back.After the successful but disastrous raid on Mount Weather, he’s facing the impossible. Katy is gone. Taken. Everything becomes about finding her. Taking out anyone who stands in his way? Done. Burning down the whole world to save her? Gladly. Exposing his alien race to the world? With pleasure.All Katy can do is survive.Surrounded by enemies, the only way she can come out of this is to adapt. After all, there are sides of Daedalus that don’t seem entirely crazy, but the group’s goals are frightening and the truths they speak even more disturbing. Who are the real bad guys? Daedalus? Mankind? Or the Luxen?Together, they can face anything. But the most dangerous foe has been there all along, and when the truths are exposed and the lies come crumbling down, which side will Daemon and Katy be standing on? And will they even be together?

(Spoiler free)
This book. Oh. my. GAWD!
So after how the last book ended this book has been a long time coming.
The book takes place after what happened in Opal with Kat being captured. After Opal I was so scared for Kat and what would happen to her and.. wow. Boy was it bad. Poor Kat. What they were doing to her would make you sick to your stomach it was that bad.
I can't even believe some of the stuff that happened. It was just one shock after another, couldn't believe some of the things that happened. There was seriously not one boring moment in this book.
I do like that there's the new thing, Origins. really creepy and what not, but still pretty cool. And they're not all that scary.
Expect to go through a lot of emotions with this book that's for sure.
I've always loved Kat's character, she's always been one of my favorite female characters. She's strong and very fun and easy to relate to. This book I'm even more impressed with her. The stuff that happens to her and she's still able to function.
Another thing that makes this book even better is Daemon's POV.
I just loved Daemon's pov! It was great to see things from his perspective and very entertaining as well. Him being pissed off and on a rescue mission.. hot! Do not mess with pissed off Daemon, nothing is gonna get in his way to get to Kat. He has really come a long way since the first book. I really enjoyed being in his head and the thoughts he has sometimes. Ahhh Daemon.
I also loved Hunter and Serena's appearance in it. So if you've read Obsession you're gonna love it, too!
Once again, I didn't feel like I was re-reading a previous book. I just love that because damn it can be really annoying when the first 25%+ part of a book it's a re-telling of what happened in the last books. Yeah, sure sometimes maybe it can come in handy, but it doesn't have to be mentioned that much and in that much detail and that's exactly how it isn't here. There's reminders, but they don't take up "space" in the book.
The end, me *dead* Big BIG cliffahanger. Now it's just waiting to the next book.
All there's left to do is say once again how awesome Jennifer L. Armentrout. Her writing is as always amazing! It's really hard writing this review because somehow it's the same as before,the book was awesome. JLA is amazing. And so on and I do not want to reveal any spoilers cause people deserved to be shocked themselves when reading it. I wish I had more to say and express how truly amazing this books was and that if you haven't started the LUX series yet, well then get to it because it's amazing and this book did not change that!

“Did you think you could stop me? I'll burn the world down to save her.”

“So I was thinking, there're eighty-six thousand, four hundred seconds in a day, right? There're one thousand, four hundred and forty minutes in a day...There're one hundred and sixty-eight hours in a week. Around eighty-seven hundred and then some hours in a year, and you know what?...I want to spend every second, every minute, every hour with you...I want a year's worth of seconds and minutes with you. I want a decade's worth of hours, so many that I can't add them up.”

“Me and Katy look adorkable in extraterrestrialhighway shirts. You would just look stupid. You can thank me later.”

“I refused to fight them-to beat up on them or potentially kill them if things got out of hand. It was like being in a real, albeit messed-up, version of "The Hunger Games"."The Hunger Games" for alien hybrids.”

Right now I didn't think I'd be able to sit up without assistance, let alone go ninja on anyone. 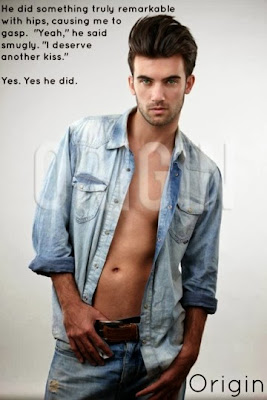 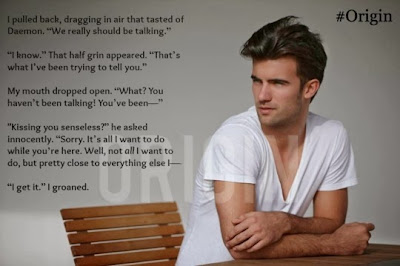 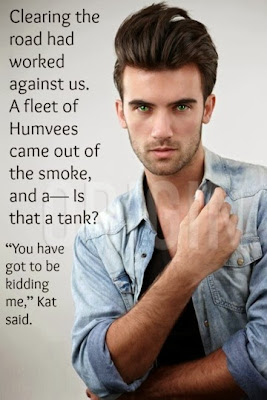 Now there's nothing else to do, but wait for the next book.. 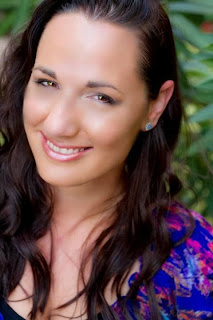