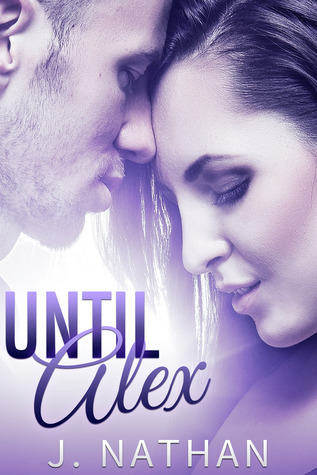 Until Alex by J. Nathan

On the outside, Hayden is every girl's living breathing fantasy, brooding and devastatingly gorgeous. He spends his nights losing himself in alcohol and faceless girls, but it's all just a facade. An elaborate cover for the emotionless shell of a man he is. One who harbors too many secrets and destroys lives the way his was destroyed. It’s the reason he avoids relationships and keeps everyone at arm's length…Until AlexAlex’s life just shattered into a million pieces, leaving her with more grief than she knows what to do with and guilt so deep it’s destroyed the carefree girl she once was. Now she’s hundreds of miles from home, living with an aunt she doesn't know, finishing senior year at a college she’s never been to, and trying desperately to get through a single day without breaking down. She's never felt more alone in her life... Until HaydenThe trouble with Hayden is who he wants to be and who he is are in constant flux. And though he’d die before letting Alex learn the truth about him, he can’t be sure he's strong enough to let her in…or push her away. She’s the one person who just might see the real him.

On the outside this may seem like another New adult book that features pretty much the same events as in others, but it was anything but just that. What really amazed me when I got to end and read and that this was a debut novel. Wow. It did not feel like that. The writing, the scenarios, everything about it was not something that had me thinking this was a debut novel. J. Nathan is definitely someone I will keep an eye on and look out for new books.  Reading Until Alex had be going through so many emotions, right from the start till the end.

The beginnin will have you hooked immediately, it's so tragic and heartbreaking that you just have to go on and see what happens after that. The book features two Point of views, Alex's and Hayden's and it really works. There was not a single time when I felt that being in both their heads could ruin the story. Hayden keeps his secret well hidden even from us and I like that I have to keep gussing a bit without it being too much. Even with Alex we don't find out what's going right away. There's a bit of mystery as to what is really going on with her and why is she living at her aunt's. The storyline was well thought out and I liked how it all ended. It made sense.
On the outside Hayden is, well a playboy with a new girl each night, cocky and sure of himself and knows how well his smile works on the ladies. Underneath it all he hides his secret, the secret about his past, where he came from and how it shaped his life. He is not looking for any kind of relationship, someone to take care of or depend on him. That is, until he meets Alex.
Alex has secrets of her own that she keeps hidden, secrets she doesn't want anyone to know. Hayden is the one person in a long time who she felt safe with.
It takes a while for them to move forward with their relationship, they might have a connection, but they're also both keeping secrets. However it gives them and the reader time to really get to know both and root for them. All you want is for them to finally get together and reveal all the secrets that they are hiding to us and eachother.
It amazes me what they've both been through while still.. functioning. They're both very strong characters, but they need eachother to truly heal. As more and more secrets come out you keep being stunned at what they were able to go through especially as it's still not easy in their lives in the present, they still have their pasts hunting them.
I loved their romance. The more things didn't happen, the more you rooted for it and you were just that much happier when things moved forward. All I wanted was for these to to be together.

The book is not all about their love though. It's also about letting go of the past and getting a second chance in life despite the mistakes you might have made.
A beautiful book with amazing writing. It blew my mind.
Overall a wonderful book with both great characters and an amazing storyline.

"I never thought that would happen for me. I always thought I deserved what no one else wanted.Until Alex."

"Don't get too close. It's dark inside. It's where my demons hide."

"I wonder if I cross your mind like you cross mine."

I don't know what this is. This thing between us. But I really need it.

I'm an avid reader of all things romance-especially those with alpha males. The more unlikable they are in the beginning, the better. Happy endings are a must. Don’t leave me with an unexpected cliffhanger or someone dying in the end. I’ll mope around for the next few days and be too embarrassed to explain why to anyone. Love triangles and negative people are the bane of my existence. My family, friends, sangria, and watermelon margaritas are the light…