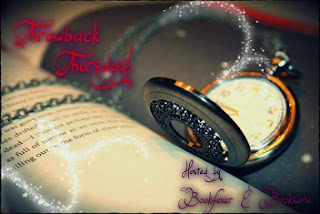 City of Bones by Cassandra Clare

When fifteen-year-old Clary Fray heads out to the Pandemonium Club in New York City, she hardly expects to witness a murder—much less a murder committed by three teenagers covered with strange tattoos and brandishing bizarre weapons. Then the body disappears into thin air. It’s hard to call the police when the murderers are invisible to everyone else and when there is nothing—not even a smear of blood—to show that a boy has died. Or was he a boy?This is Clary’s first meeting with the Shadowhunters, warriors dedicated to ridding the earth of demons. It’s also her first encounter with Jace, a Shadowhunter who looks a little like an angel and acts a lot like a jerk. Within twenty-four hours Clary is pulled into Jace’s world with a vengeance, when her mother disappears and Clary herself is attacked by a demon. But why would demons be interested in ordinary mundanes like Clary and her mother? And how did Clary suddenly get the Sight? The Shadowhunters would like to know. . .

I am still madly in love with this series ^^
City of Bones was amazing! It was so good that I even read it in Danish. My friend had the book in danish and she told me that I had to read it and I was like sure why not I'll give it a go. I ended up finishing that and buying the first book and the two next in english. Of course I continued the series, couldn't wait to see what happened next. I then later on read City of Bones in english, too. Can never read it too many times. 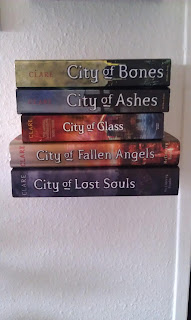 
“Have you fallen in love with the wrong person yet?'Jace said, "Unfortunately, Lady of the Haven, my one true love remains myself."..."At least," she said, "you don't have to worry about rejection, Jace Wayland.""Not necessarily. I turn myself down occasionally, just to keep it interesting.”

Do you listen to music while reading?

Nope! I want to concentrate on the book not on the music. When there's music I can't help but listen to the lyrics and reading while doing that can be quite difficult. So I keep those two separate. Music when listening to that and reading when reading :P


If you'd like to participate in Throwback Thursday you can add your post to the linky below. Feel free to add a favorite quote of the book you're spotlighting as well in your post. :)