Review: "Play Me" by Blue Ashcroft 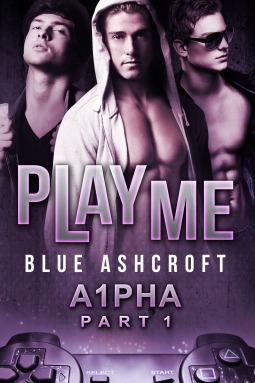 Play Me by Blue Ashcroft

Living in a mansion with three hot dudes could be any girl’s dream…it’s just not Kira Wilson's. Not when Alex Dumont is one of them. Other girls know him as A1pha, a beautiful, arrogant pro gamer and newly minted billionaire. Kira knows him as an ex crush and a major pain in the butt. But he’s also an old friend and gaming buddy, and when she needs to hide from her abusive ex, she knows that Alex and his roommates Ethan and Ollie (her former gaming teammates) are the right friends to depend on.Despite the rocky history between them, Kira knows Alex is right when he states that no one can protect her better than he can. Kira's just not sure that physical safety is worth the danger the grudge-holding, haunted, and utterly delicious pro gamer poses to her heart. But with her ex hot on her trail, and Alex looking at her in a way that’s hard to resist, she'd better figure it out soon. Important note from the author!A1pha Episode 1 is the first novella in a three part planned new adult romance series about Kira Wilson and her three hot, nerdy housemates. Each installment is a little over half the length of my typical novels, with an intense cliffhanger at the end. Hope you enjoy!

This book was just what I needed. Something short, but sweet with a gripping story.
Kira returns to her former gaming buddies in need of a safe place from her abusive ex. She has to patch things up with her three friends since they did not leave things on a good note, when she left them in the first place. Two might forgive her, but her former crush Alex aka A1pha won't so easily. Despite that she knows she's at a safe place where she can be protected.
This really spoke to my inner nerd, I might not be a big gamer, but I grew up with three boys around so I know what it's like, both the gaming and living in a house filled with boys.
Kira as a character I liked, despite what she's been through she seems strong enough and she won't be so easily put down by Alex, she can stand up for herself. That being said, due to the shortness there weren't that much to go on- Yet. There's a lot of potential that's for sure. And so is there with the guys! I loved them. Ethan were so funny, but still has that sensitive side. Ollie seems kind and were also one of the first to actually talk to Kira again.
Then there's Alex. Wow. He's such a mystery at first because he won't say what's happened with him which leaves you guessing until you finally find out and you understand, but at the same time you're frustrated with him. I really liked his and Kira's interaction, the way that they both try to deny their feelings and their strong connection even after all that time. I also liked getting the glimpses into their past and see how things were before everything got messed up. It gave more depth to the characters and to the story.
Another character I really enjoyed were Kira's friend, Lulu. She was hilarious and I would definitely hope for more of her in the future novellas.
In weren't all fun and games however as there's the threat of Kira's ex that they have to deal with.

Despite it only being a novella I was surpirsed at how quickly the story could grasp me, it felt as if I've only read a few lines before I knew I was gonna like it. Ashcroft has a way of writing that pulls you in, quickly and even though you barely know them you feel for the characters and are thrown right into the lives.
A wonderful novella that I can't wait to read more of, just hoping the next one comes soon! I can't wait to find out what happens with them and how it plays out.
(Btw that cover is so awesome! I love that the three guys are on there, but really I like the plasystation controller. One of the first things I saw and what got me interested in the book when I saw it. I'm all for playstation haha.) 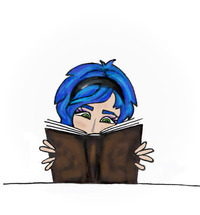 Blue Ashcroft is a water baby who was basically raised in the water and on her family’s different boats.  She enjoys swimming, jumping off tall things, walking during rainstorms, and playing in puddles.  She lifeguarded for 3 years and brings much of that experience to her debut novel Deeper, a new adult romance about two lifeguards with traumatic experiences coming together and healing together.
She loves snuggling with her husband, and yes, kissing him under water.  She does not, however, condone anyone trying to replicate the under water kissing scenes in Deeper.  Some of them are dangerous even for strong swimmers.