June 16, 2014
*During the summer of 2013 I read two amazing and beautiful books. One was Tiger Lily by Jodi Lynn Anderson and the other was Shatter me by Tahereh Mafi . Now at the time I was at my mom and therefore I never got around to doing an actual review of these two books. Since both of these books were some of the best I've read I felt that despite all the time passing between reading it and this review, they deserve one regardless.* Shatter me by Tahereh Mafi

No one knows why Juliette's touch is fatal, but The Reestablishment has plans for her. Plans to use her as a weapon. But Juliette has plans of her own. After a lifetime without freedom, she's finally discovering a strength to fight back for the very first time—and to find a future with the one boy she thought she'd lost forever.

This has got to be one of the most beautiful books I have read.
The writing style was really unique and were one of my favorite things about the book.
Shatter me centeres around Juliette, she lives in a kind of cell, she can't touch anybody without killing them and she's therefore considered a weapon to be used by the Reestablishment. However during the book she learns to fight back.

What an amazing story. Out of all the dystopian books this is on my favorites list. It was amazing. Right from the begnning it captured me and pulled me into its universe. Juliette's story were really unique and unlike anything I've seen before. Wherever the book took me i followed, gladly.
I've been struggling with writing this because it was hard to express just how much I loved this book and which things I loved the most.
The plot of this book was unlike any I had seen, not only were it dystopian, but there was that extra twist to it with Juliette's powers. The book keeps you guessing what's gonna happen next and I can't believe just how much happened in this book, felt so much longer than it was-in the best way.
Besides all that, there's the love aspect. It's sort of an unusual and not so obvious triangle between Adam, Warner and Juliette. Adam is at first the obvious choice for the love interest, but after meeting Warner you can't help but be intrigued by his character. I really can't wait to find out more about him and his backstory. No matter what, don't think I could ever hate him, there's just something to him.

One of my favorite things about the book were Tahereh Mafi's way of writing, or not writing. It's such an amazing way to tell a story and show the conflicting feelings you can have sometimes. I'm amazed at her way of completely pulling me into this world.

A book I would reccomend to anyone who basically loves to read, the story were that amazing.

Wow, that only took me a year to get written, but finally it's done.

“I spent my life folded between the pages of books.In the absence of human relationships I formed bonds with paper characters. I lived love and loss through stories threaded in history; I experienced adolescence by association. My world is one interwoven web of words, stringing limb to limb, bone to sinew, thoughts and images all together. I am a being comprised of letters, a character created by sentences, a figment of imagination formed through fiction.”

“The moon is a loyal companion.It never leaves. It’s always there, watching, steadfast, knowing us in our light and dark moments, changing forever just as we do. Every day it’s a different version of itself. Sometimes weak and wan, sometimes strong and full of light. The moon understands what it means to be human.Uncertain. Alone. Cratered by imperfections.”

“Raindrops are my only reminder that clouds have a heartbeat. That I have one, too.”
“I always wonder about raindrops.
I wonder about how they're always falling down, tripping over their own feet, breaking their legs and forgetting their parachutes as they tumble right out of the sky toward an uncertain end. It's like someone is emptying their pockets over the earth and doesn't seem to care where the contents fall, doesn't seem to care that the raindrops burst when they hit the ground, that they shatter when they fall to the floor, that people curse the days the drops dare to tap on their doors.
I am a raindrop.
My parents emptied their pockets of me and left me to evaporate on a concrete slab.” 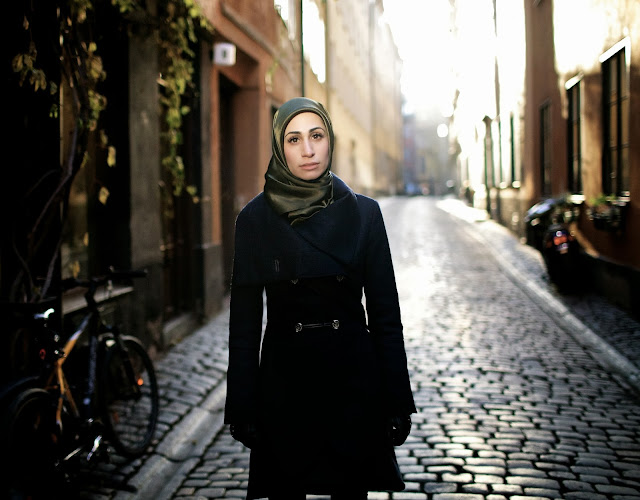 T A H E R E H   M A F I
is the New York Times and USA Today bestselling author of the SHATTER ME series. She was born in a small city somewhere in Connecticut and currently resides in Santa Monica, California, where she drinks too much caffeine and finds the weather to be just a little too perfect for her taste.
When unable to find a book, she can be found reading candy wrappers, coupons, and old receipts.
SHATTER ME is her first novel.

Foreign rights have sold in 25+ territories
to-date and film rights have been optioned by 20th Century Fox.

Her work is represented by
Jodi Reamer of Writers House, LLC.