Blog tour: "What If It's Love?" by Alix Nichols - Review (With excerpt+ giveaways!) 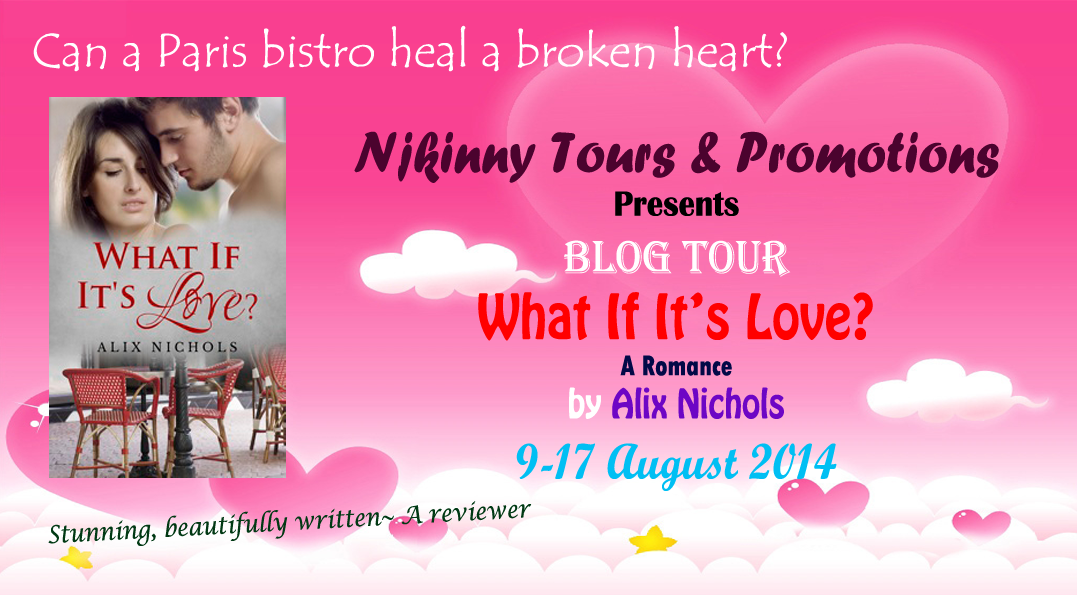 
What If It's Love? by Alix Nichols 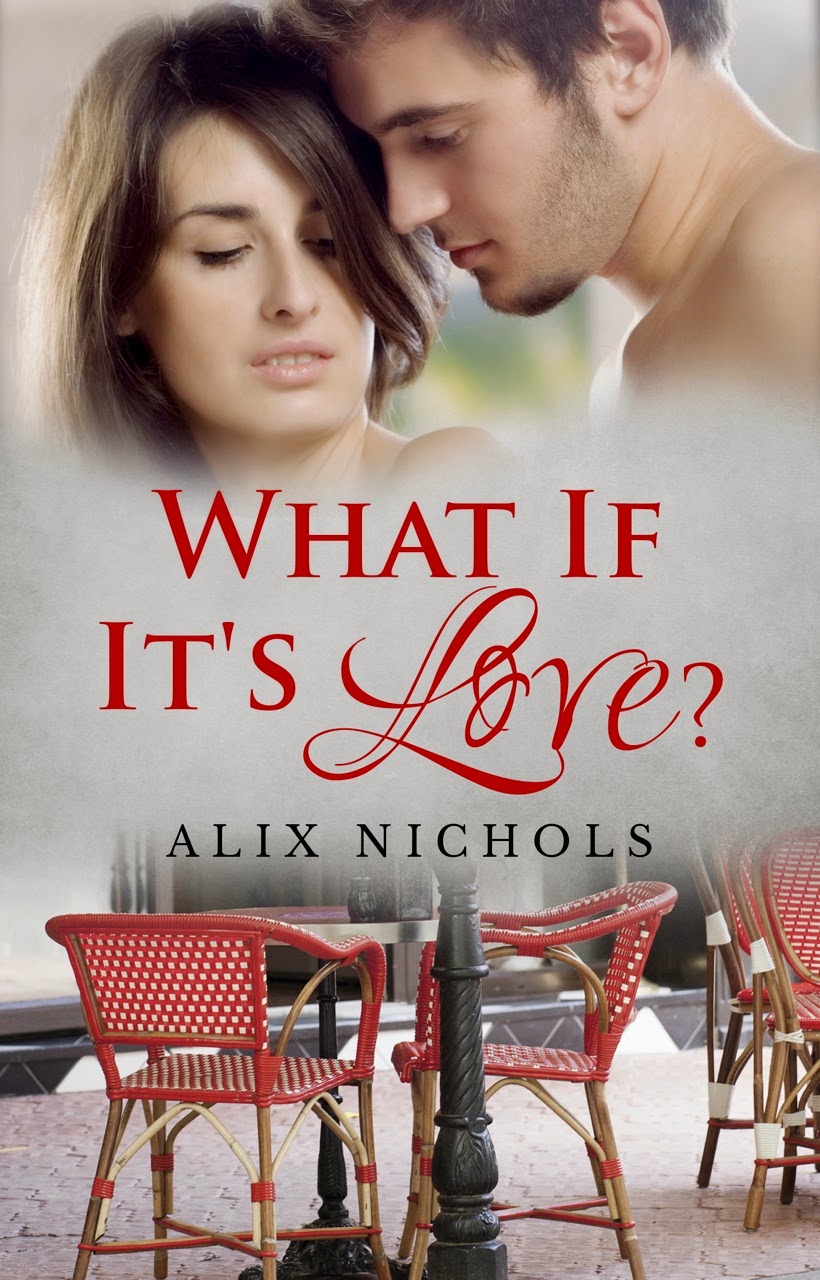 Can a Paris bistro heal a broken heart?
Charm, wit and poignancy abound in this gripping contemporary romance.
Introverted heiress Lena moves to Paris to nurse old wounds reopened by her neglectful boyfriend. Enter Rob, a charismatic and handsome Frenchman who waits tables at La Bohème -- a café on Lena’s street -- and has big dreams.
He makes her laugh and forget her insecurities. She stirs something infinitely tender in his soul. Before they know it, they’ve fallen for each other, even though both had good reasons to fight the budding love.
But their passionate romance is cut short when she discovers his dirty secret...

Lena is the daughter of Anton Malakhov, a rich ogligarch, but despite what most think she's anything but a typical spoiled rich kid. Lean moves to Paris hoping to forget her ex-boyfriend and write her thesis in the city of love. Her father is pressuring her to take over the family business, but Lena has no interest in what he does, she enjoys translating and reading poems by Russian pet Marina Tsvetaeva.
Lena spends most her days in Paris at the little café on her street La Bohéme. This is where she meets Rob. He's a waiter there and every day from the moment they met he stops by her table to make conversation. They develop a friendship, but they can't fight their attraction for long.
However they face problems when Rob's secret comes out.

When I first started the book I had to get into it at first, but it wasn't long before it caught my interest and then I couldn't stop. The writing was different from what I'm used to, but I ended up really liking it. The story moved along at a fast pace, I liked that there didn't always have to be much time wasted, or pages, on something that didn't matter much instead the book moved on to more important things while still keeping in touch with the chracters, knowing what went on in their lives no matter how much time passed.
The book really made me feel as if I was experiencing Paris with Lena and not just Paris, but also the other places the book took place like Moscow. The author made me feel as if I was actually these places, I could tell that she had done her research with everything. To me it feels as if La Bohéme is real.
Also, I know it's silly, but I guess for once it was nice to see a book take place in Europe where I can relate to the climate and all. Even more silly I got all giddy when one character apparently married one from Denmark (like me!) and she called him something like "scoot" as it says in the book. I kind of had to think a bit, but the word came to me. I had a lot of fun just with that little part, haha.
I thought I was in for a kind of typical romance story with boy meets girl, they fall in love and live happily ever after, but it turned out to be way more than that. I never could guess what would happen next, if I tried I was proved wrong. The book kept surprising me with its twists. The language and overall storyline were easy to follow and while I sometimes don't always enjoy the shfting point of views too much it worked well in here, although I would have preferred it to only be Lena and Rob's point of view as they were the main characters. Regardless of that the shift in perspective didn't happen too much and the focus was mostly Lena who were very relateable to me and good to follow. I also enjoyed getting glimpses into Rob's mind and see what he was thinking when he made the decisions he did.

Overall a well written romantic story that will surprise you at times, but you will never stop rooting for Lena and Rob.
This was my first Alix Nichols book, but it won't be my last!


"Can we be friends again?" he asked.
"So you think we were friends?"
He nodded.
She arched her brows. "And you think you can be friends with me and Amanda at the same time?"
"Why not?"
"Can be a health hazard, what with all the sparks that fly."
He grinned. "Never mind Amanda's taunts. She's like that with everyone."
"Nefarious?"
"Spiky. But she's a sweetheart, once you've grown on her."
"I wonder how I could ever accomplish that." Lena smiled, a speck of sadness still lingering in her eyes.
He stared, mesmerized. He could never get enough of that smile.
A cloud hiding the moon must have shifted, because suddenly silver light poured over the terrace turning it into an enchanted place.
Lena gasped. "What happened to your hand?"
He followed her gaze and saw that the knuckles of his right hand were smeared with blood. Shit. He could bet there'd been none after he punched the wall.
He covered the abrasions with his other hand. "It's nothing."
She grabbed his wrist and yanked his hand closer to her face. "Have you disinfected them?"
Rob didn't register her question. He looked at her delicate fingers holding up his hand. Then at her face. She was squinting at his hand, trying to assess the seriousness of his cuts. Her gesture was devoid of any erotic subtext. And yet the contact of her skin scorched him, just like when he held her hand at L'Espace. It stirred an impulse inside him that was both feverishly raw and infinitely gentle. It made his heart bump against his ribcage as if demanding to get out.
He gazed at her hands holding his. The urge to run his fingertips over her skin, from her nails down to her wrist and then inside her palm was too overwhelming to resist. . .
"So have you?" she asked.
Rob blinked and looked up. "Have I what?"
"Disinfected."
"It's just a graze."
"I have a disinfectant in my suitcase," she said. "I can fetch it--"
And release my hand? "Stay," he blurted out. Shit. "I mean, I also brought some, so you don't need to bother. I'll disinfect as soon as I get back to my room. I promise."
"OK," she said softly and let go of him. 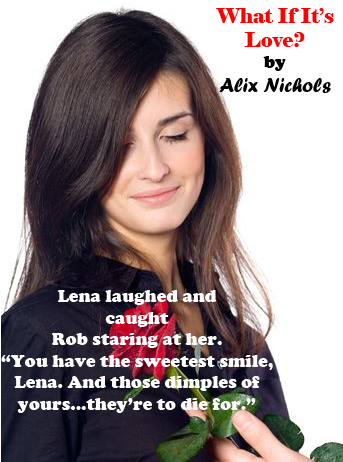 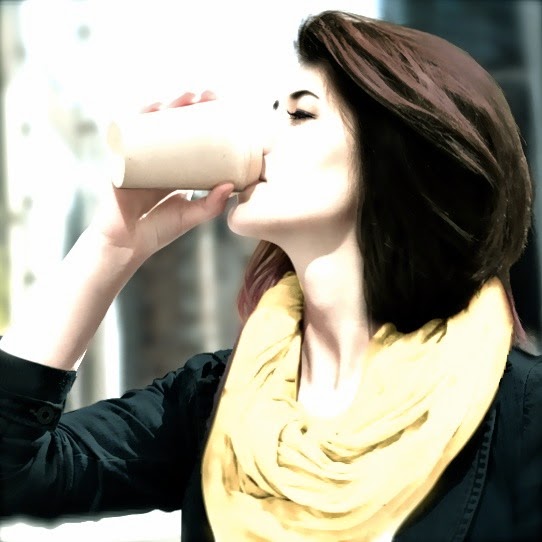 Alix Nichols is an avid reader of chick lit, romance and fantasy,
caffeine addict and a badge-wearing Mr. Darcy / Colin Firth fan.
She lives and works in Paris, France. When not writing, she reads

romance (what else?) and spends time with her family.

~Goodreads Giveaway~
-3 copies of "What If It's Love? by Alix Nichols
-Open in US, AU, CA and GB


Go to the giveaway here

alix nichols blog tour excerpt what if it's love