"If he peered toward the side of the stage, Heath could locate Sam with ease. As a kid they’d
allowed her to watch. Old habits died hard he guessed. She’d never stopped attending their
concerts from the side stage, and she usually shook her ass to their beat." 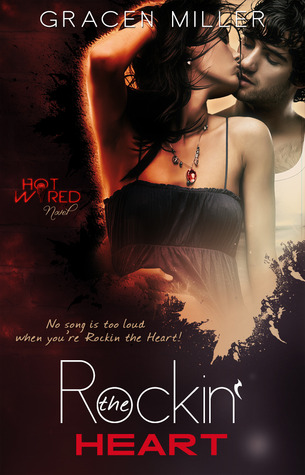 Rockin' the Heart by Gracen Miller

If music nourishes the soul…
Loved by millions, but shunned by blood, Heath “Fang” Fangor has led his band, Hot Wired, to the top while others have fallen by the wayside. He devoted his life to music, and from that devotion harvested a new family—his band mates and fans.
A man can desire nothing else…or can he?
Living in the shadow of her brother’s fame sucks! Sam Collins is desperate to have what she wants—a simple and uncomplicated life. She’s no stranger to scandals and how they work. Now that she’s inadvertently dragged Fang into the center of her latest gossip, could the scandal she created in her quest for freedom have gone too far?
Amid stardom the heart stages a new melody…
Fang has more fame and fortune than he will ever need, but none of that matters if he can’t have the woman of his dreams. Years have been wasted waiting for the right moment to approach the woman his heart desires above all others. There’s just one major problem...she’s his best friend’s sister. To have her, he will have to risk it all.
One that might be responsible for Rockin the Heart!