So excited to be part of this blog tour!
And remember to enter the giveaway at the end of the post. 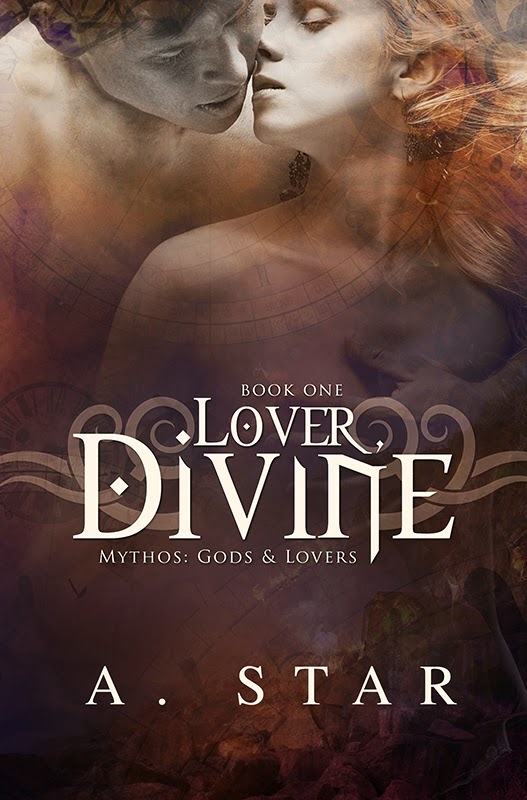 For fans of the Oracle of Delphi series...and for those who aren't...Born into one of the wealthiest families in Ireland, Siobhan Law has status, privilege, and a secret: The Greek gods of Olympus and their kingdom in the clouds are real, and her family acts as one of their agents on Earth.When the beautiful immortal celeste Liam Argyros shows up claiming to have come to Earth to deal in the affairs of the divine, Siobhan finds herself unable to resist his charms. New to the game of passion and seduction, she quickly ends up in over her head, sinking deeper with every attempt Liam makes to win her over.But Liam’s divine mission is far more complex than she ever imagined and nothing is truly as it seems. Because Liam has a secret of his own: He is Apollo, Olympian god of the Sun, and his mission will never be complete until he has claimed Siobhan’s heart forever.WARNING: For readers 18+ only. Contains adult language and sexual situations.

Review copy in exchange for an honest review.

I absolutely loved this book!
Now I've read the first Oracle of Delphi which is set in the same world as Lover, Divine and one of my all time favorite characters from Prophecy of the most beautiful was Apollo so I was really excited to hear that there was gonna be a book full of him. Whether he's Liam, L.A or "just" Apollo- I love him. He's just so much fun and well goes for what he wants.
Even if I hadn't read Oracle of Delphi I think I would have loved this book no matter what.
The books POV is Siobhan, part of one of the Influencial Families in Ireland. I really liked her as a character. Even though from the moment Apollo ,or Liam as she knows him as first, walks into her life he pretty much makes it clear what he wants from her - her. He wants her. It's that simple. What I liked that even though Siobhan was attracted to him and she knew that with no doubt in her mind, she didn't just give herself to him right away. She let him work for it. Let him woo her as it was put. Which must really have been a surprise to Apollo cause how could anyone resist him? I thought that really added to their romance and they actually had a chance to get to know eachother before anything happened between them. Their romance is unconventional and obviously can't be like a normal romance due to the fact that he's a god and she not and that is made clear from the start that there's no way they can have what normal couple have like getting married and all. It just made me love the story more cause even though it's not one of those fairy tale endings it's amazing! Frankly those faity tale endings can be a bit boring. It's nice to have something different. They both venture into this relationship knowing exactly how it's gonna turn out. They both accept that it's how it is and don't hide anything from eachother.  Other than that Apollo and Siobhan were great together, I loved they way they acted with eachother and they had a ton of chemistry that's for sure.
I can't believe how fast this book went for me, it was over too soon and I wanted more. More of these characters and more Apollo and overall more of this world. I loved everything about it. I liked getting a look into a Influencial Family and see how it is for them and I couldn't help but giggle a little every time they mentioned Pythia or anything that was related to the Oracle of Delphi series.
So aside from Apollo and Siobhan's romance this book also featured some twists and turns that you won't see coming along with more loveable characters to fill the pages. I really liked Siobhan's friend, Vicky and Ronan. Siobhan's brother.. meeh. although it became better in the end. I also liked seeing how different people were towards Apollo compared to Siobhan. Like Siobhan's mother would blush and both her and Siobhan's father and brother would be very formal towards Apollo. It really shows the depth of Siobhan and Apollo's relationship, that even though it might not have been long, they're connected in some way.
Definitly a book filled with excitement, sexy scenes, humor and marvelous writing!
This book has just added to my love of Apollo and Diantha's mythical world that I can't wait to read more of.


Quote:
"The only instrument I want to play now is you. Like my lyre, plucking all the right strings to make you sing." 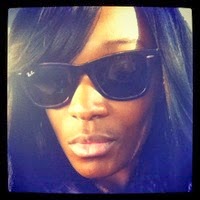 A. Star is a fan of dirty passion. She likes to read it, and she damn sure likes to write it. Her first adult romance/fantasy novella is called Invasion, an alien romance about sacrifice. Lover, Divine is the first release from the Mythos: Gods and Lovers series. Future releases under A. Star include, King, Desired (Mythos: Gods and Lovers #2), the Love & Steampunk series, the Purr, Inc. stories, and more.