April 10, 2014
Today I have an amazing cover and excerpt for Make it Count by Megan Erickson.
So, without futher ado, here it is: 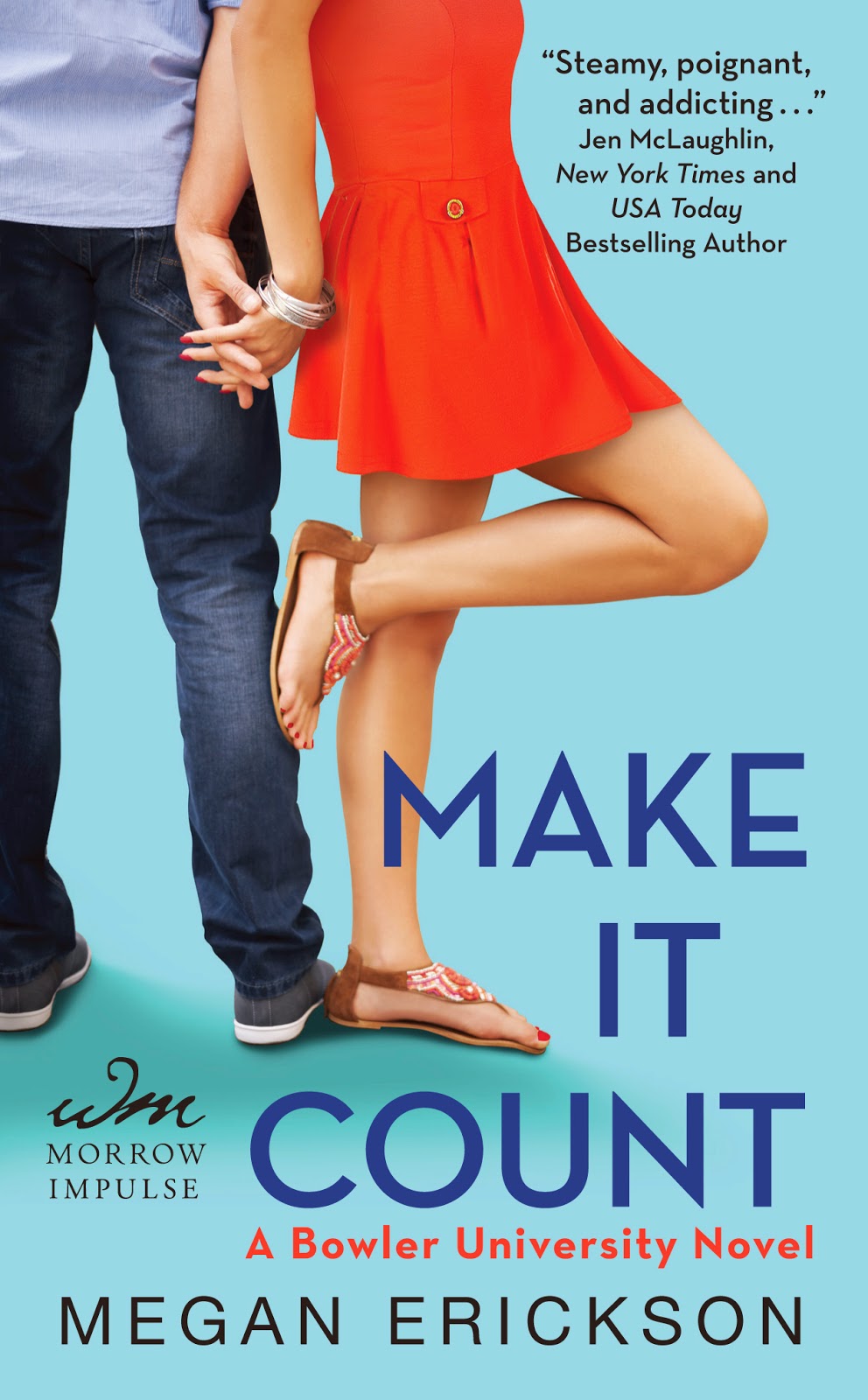 Kat Caruso wishes her brain had a return policy, or at least a complaint hot-line. The defective organ is constantly distracted, terrible at statistics, and absolutely flooded with inappropriate thoughts about her boyfriend’s gorgeous best friend, Alec…who just so happens to be her brand new math tutor. Who knew nerd was so hot?Kat usually goes through tutors like she does boyfriends—both always seem to bail when they realize how hopeless she is. It’s safer for her heart to keep everyone at arm’s reach. But Alec is always stepping just a little too close.Alec Stone should not be fantasizing about Kat. She’s adorable, unbelievably witty, and completely off limits. He’d never stab his best friend in the back…But when secrets are revealed, the lines of loyalty are blurred. To make it count, Alec must learn messy human emotions can’t be solved like a trigonometry function. And Kat has to trust Alec may be the first guy to want her for who she is, and not in spite of it. 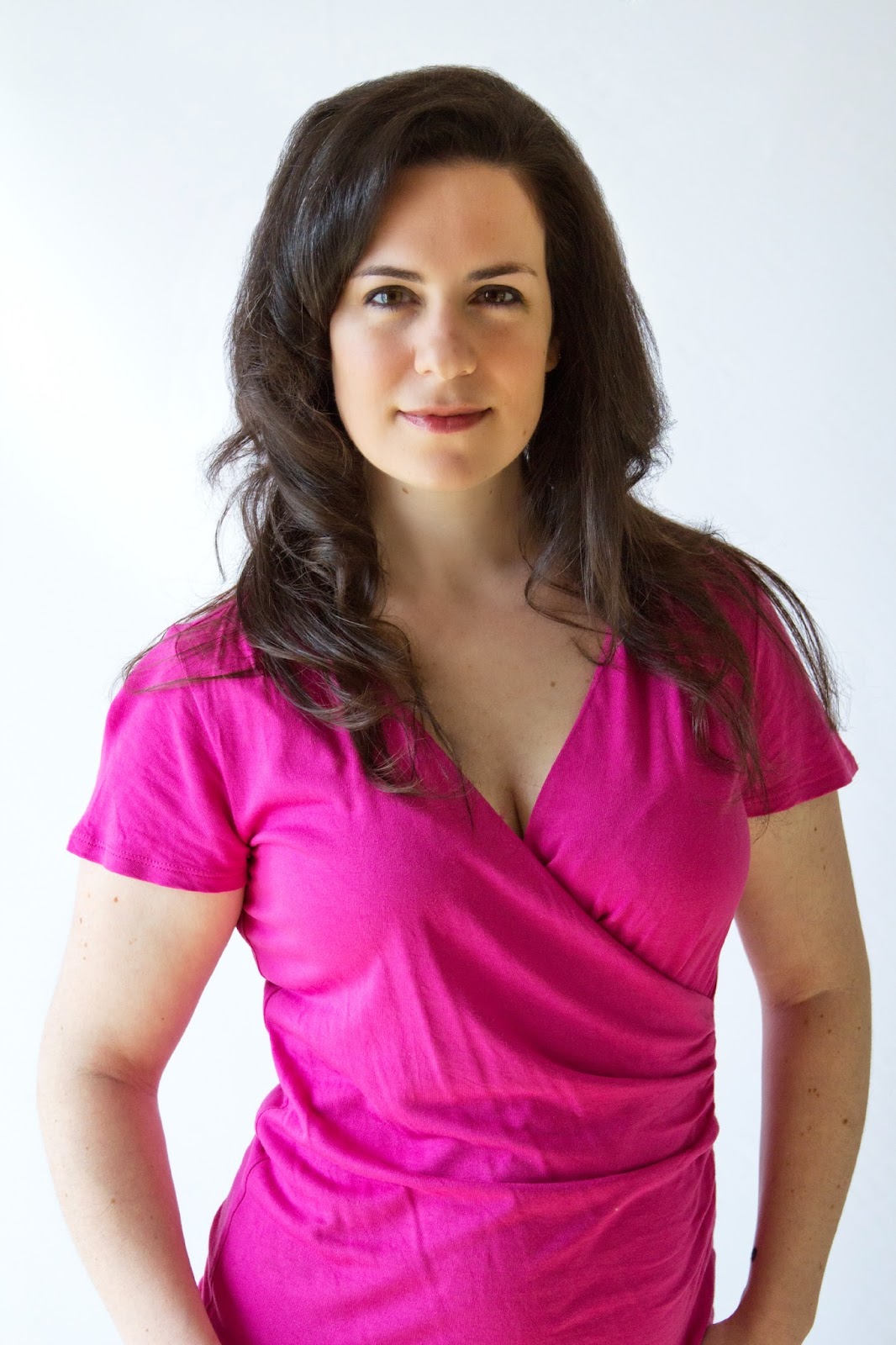 MEGAN ERICKSON grew up in a family that averages 5’3” on a good day and started writing to create characters who could reach the top kitchen shelf.
She’s got a couple of tattoos, has a thing for gladiators and has been called a crazy cat lady. After working as a journalist for years, she decided she liked creating her own endings better and switched back to fiction.
She lives in Pennsylvania with her husband, two kids and two cats. And no, she still can’t reach the stupid top shelf.

Excerpt:
MAKE IT COUNT excerpt:
Kat gathered her books and stuffed them into her plaid Burberry messenger bag, then headed toward the front doors, smoothie from the library snack shop in hand. Head bent, fiddling with the clasp of her bag, she stumbled into a wall of human on the pavement outside.
“Oh, I’m sorry—” Her voice dropped out when she realized the solid flesh belonged to Alec, Max’s best friend.
She’d only met him once or twice before he’d moved in with Max this semester and every time, he cocked his eyebrow with a half frown like he knew something she didn’t. Which he actually did, since he had brainy superpowers. Smarter than a speeding Einstein. Able to leap over C-minus students like her in a single bound.
She didn’t trust people that smart. And she didn’t trust a guy who didn’t ogle her ass or leer at her boobs like every other member of the straight male species on the planet.
Right now, that raised-eyebrow frown pinned her where she stood. His pale green eyes behind thick black frames roamed over her shoulder to the library and then back to her. With his pin-stripe button-down, dark jeans with Converse shoes and hair styled in a short, messy pompadour, he looked like a nerdy Elvis.
His frown morphed into a smile when he spotted the smoothie in her hand, and she definitely didn’t notice his full lips. “You know, you don’t have to venture into the forbidden zone just to get a smoothie.”
Oooh. The jerk. She glanced around surreptitiously, then leaned in and spoke in a low voice. “Just play it cool. Don’t let it slip someone like me snuck in the library.” She gripped his forearm and whispered. “Password today is rosebud.”
His face blanked and he looked at her like he’d never seen her before. Kat debated whether or not that was an improvement over his other look.
But then those intelligent eyes narrowed and a smirk curled his lips. “I know. We nerds get an e-mail every morning.”
See? He always needed the last word. She propped a hand on her hip and leaned in. “Well, sounds like you have a mole. Might want to look into that.”
He opened his mouth but she cut him off. “Just looking out for you guys. Anyway, see ya around!”
Before he could shoot back a snarky comeback, Kat skirted around him and bounded down the stairs. She chalked that up as Kat 1, Alec 0.