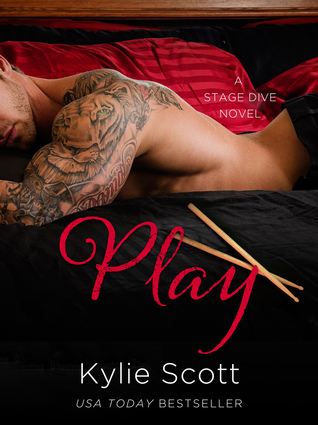 Kylie Scott returns with the highly anticipated follow-up to international bestseller Lick.Mal Ericson, drummer for the world famous rock band Stage Dive, needs to clean up his image fast—at least for a little while. Having a good girl on his arm should do the job just fine. Mal doesn’t plan on this temporary fix becoming permanent, but he didn’t count on finding the one right girl. Anne Rollins never thought she’d ever meet the rock god who plastered her teenage bedroom walls—especially not under these circumstances. Anne has money problems. Big ones. But being paid to play the pretend girlfriend to a wild life-of-the-party drummer couldn’t end well. No matter how hot he is. Or could it?

After reading the first book I thought, as I always do, how am I gonna give these to up, David and Ev are so great, it's gonna be hard to compete with them. I always feel like that when it's the first book and the first characters and all. But wow that was all turned around here. I think I liked, nay loved, this book even more than the first one. I loved Mal in Lick and of course couldn't resist reading this as well when I knew it was Mal it was about. I still really haven't been able to let the book go. I keep re-reding parts of it just because I can't let it be completely over just yet.
Regarding the plot of this book I really couldn't see what was gonna happen next (apart from maybe the happy ever after, or me hoping and thinking that's gotta be it). From the start Mal had these moments where he kind of dissappeared and the whole asking Anne to be his fake girlfriend- you know something is going on with him, but not what it is. It only made me want to read and more because I wanted to know what it was that was happening, but Mal was very good at keeping it to himself. And really most of the time he was being his amazing funny self. Anne also had some things that she kept a secret, but hers were a bit easier to figure out also because there were little hints here and there. I really liked that there were still some situations that kept you guessing and kept your interest in the book. Anne as a maincharacter I really loved, she was great. She doesn't have it easy, that's clear from the start when she gets home and her room mate has left with most of the things (plus she owed her money), she likes to take care of things for people and she's very independent. She also a strong character because of the things that she has gone through. I also liked that her and Ev were really different, I could really tell the difference in personality from when I read Lick and when I read Play. Another reason I also like Anne is because she's a booknerd so it's easy to relate to her on that note.

“I’d sell something important to see his bare ass. My books, my e-reader, my soul, whatever was necessary.”

Despite her being almost obsessed with Mal when she was younger and had posters with him on her bedroom walls she doesn't completely lose it even though she's a big fan. She sees through him pretty easily and can handle all the crazy stuff he throws her way, which can be a lot.

"You come across as this happy go lucky type dude most of the time, but you are in fact a man of many layers. You're kind of complicated."

She also knows something is up with him, but agrees to being his fake girlfriend, because really it's a once in a lifetime chance.

“Every part of him was sublime, body and soul. The good and the bad and the difficult.”

It's really fun how Mal just decides to move in, he does tell her, but he's drunk so who wouldn't think he was just kidding. Having him live with her and be the fake girlfriend is really great for that sexual tension of theirs which adds for a lot of fun moments.

“If he started yelling about sexual healing again I’d throw him out, cool furniture, drum kit, and all. Or I’d lick him all over. With my current confusion and stress levels, chances were 50/50.”

Malcolm. Mal. I feel like I could go on and on about how much I loved him because I really think he's one of my favorite characters I've ever read about. He's simply hilarious, he's a hot rockstar, loves his family and friends and it's really a good guy.

I love his and Anne's interactions. They bring out the best in eachother, Mal won't let her be pushed around (like she can be because she wants to take care of people), Mal pretty much dare her not to let him do it in his own silly way. Even though he's always cracking jokes and all, he's still serious.

"Pumpkin, I'm always serious when it comes to you. Even when I'm messing around, I'm still serious as shit."

I've never liked the nickname Pumpkin before, but now I love it. Mal made me.
Besides Mal and Anne, David and Ev are also there and I could see Jimmy's story take shape as well. I really liked that the author is able to put it all together and still continue the others story, but the focus is on the right ones AND there's no shifting point of views- like for example we don't suddenly shift to Jimmy's poing of view because his story has be to started there as well. In this book the whole one point og view really works, I like to live in, in this case, Anne's mind and see it all through her eyes. What I really loved was that it was obvious to see that these where different characters and their story was not like David and Ev's were, but at the same time they're all connected.

The second book in the Stage Dive series didn't disappoing and offered just as loveable characters as the first one, a story you could really lose yourself in. Overall an amazing second book with just as good writing as the first book and with some hot and steamy scenes.

“Whatever you’re imagining, it’s bigger.”
“I’m not imagining anything.”
“I’m serious, it’s basically a monster. I cannot control it.”
“Malcolm...”
“You’re pretty much going to need a whip and a chair to tame it, Anne.”
“Stop it.”

“Your pubes,” he said, angst filling his voice. “Where are they?”
“I wax.”
“Well, stop it. I want cute carrot colored pubic hair like on the top of your head. I deserve it.”

“Hello, Anne’s clitoris. It’s me, Malcolm, your lord and master.”
“Oh, god, no.” I covered my face with my hands. “Please don’t.”
“Shh. This is a private conversation.” He brushed hot feverish kisses up and down the lips of my sex. My stomach tensed so hard it hurt. “Look at you all pretty, pink and excited. Don’t worry, I’ll look after you.”
“If you don’t stop talking to my vagina I’m going to kill you.” 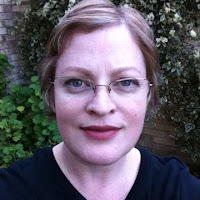