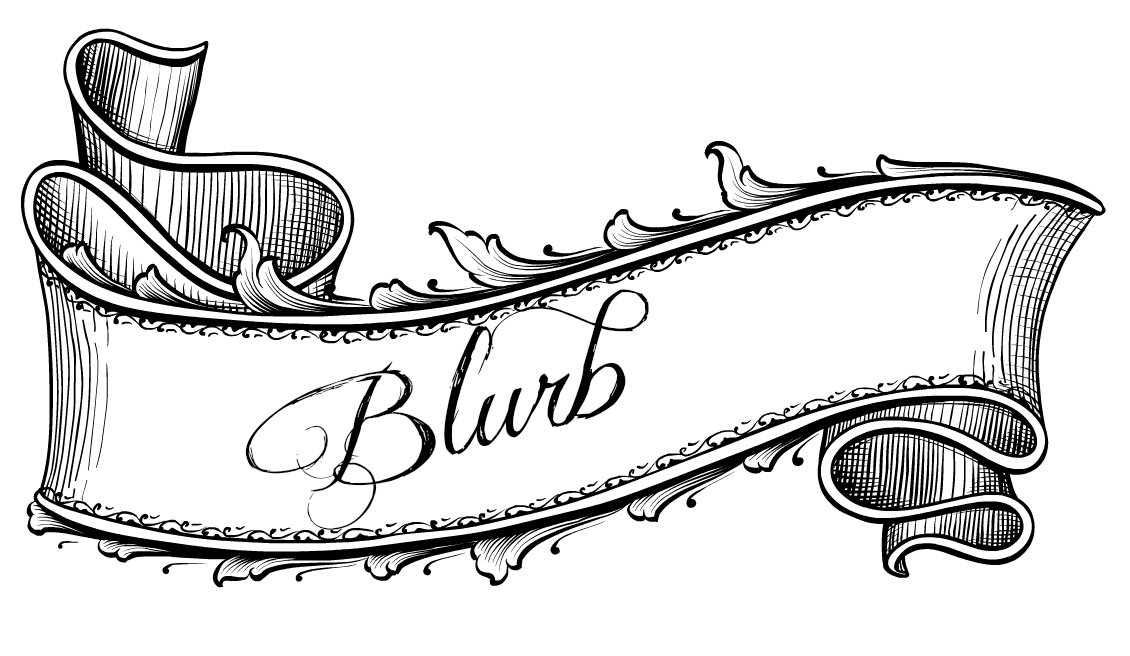 Rhythm is the heart of every song.


Jase Collins lives for the stage and the perks of rock
stardom. His wild antics and high-profile affairs have earned the sexy drummer
the title of Hot Wired’s bad boy. He’s not quite as jaded as his fans think—but
just jaded enough not to recognize the best thing that’s ever happened to him
until she walks out of his life. And he doesn’t even know her name.


But without harmony a man is lost.


Fallon Morgan has had her life mapped out since high school.
She’s earned a full ride scholarship to UCLA with the driving goal of earning
her doctorate. Nothing can derail her dreams—except maybe a one-night stand
with the infamous Jase Collins. His chilly reception the morning after
convinces her to put her biggest mistake in the past and move on without
looking back.


When two hearts begin to beat as one…

When Fallon’s life takes a dramatic turn, she finds herself
with no one else to turn to for help. Jase is obnoxious, demanding, and yet
surprisingly tender. Though it chafes her to depend on him, the more time she
spends with him changes her perceptions of the bad boy rocker. With each
passing day she finds more and more faith in the man behind the public persona.
If she can learn to trust her feelings, she might be willing to risk her heart.

They
could find themselves Lost in the Beat! 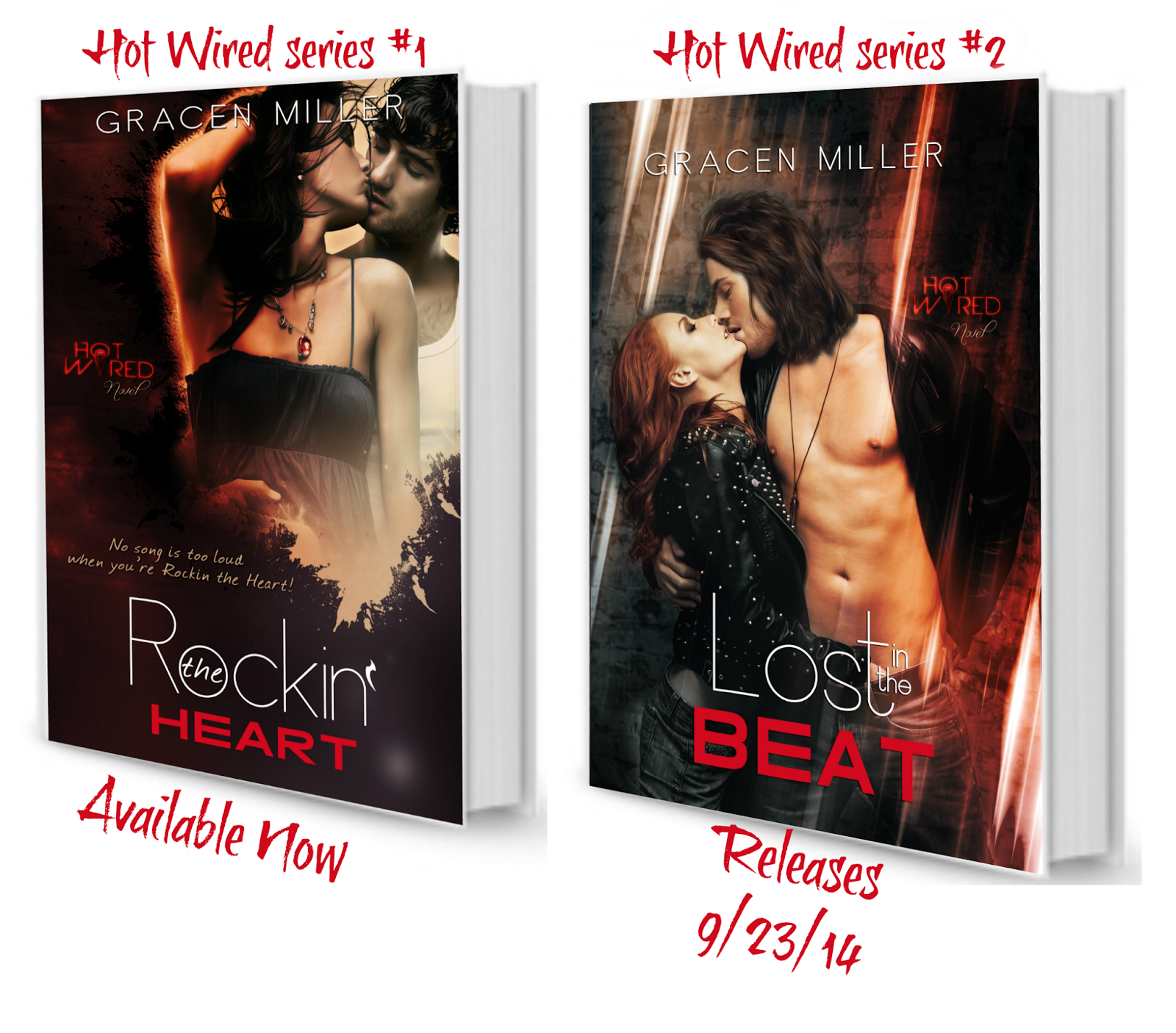 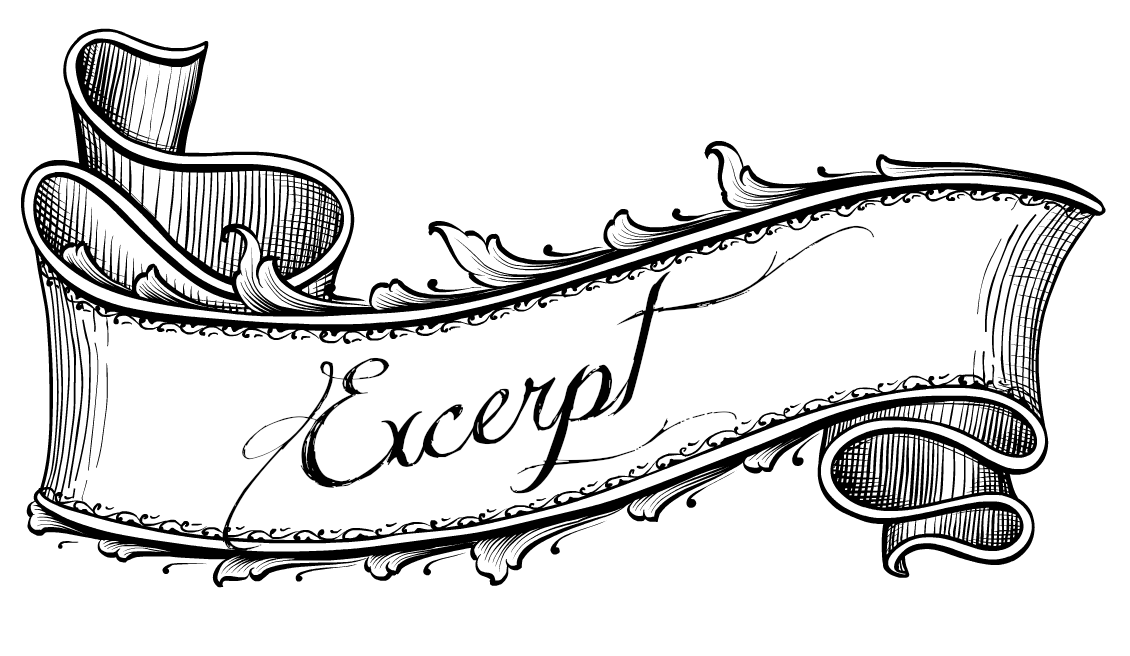 Every cell in Fallon’s body wanted
to rebel on principal. Like the good girl she was, she succumbed to Jase’s
demands. “Do you ever not get what you want?”

“Yeah.” He stepped right into her
personal space, knocking his very naked chest against her breasts.

The way her nipples protruded upon
contact, they might as well have been naked against his flesh. The simultaneous
dampness in her panties unnerved her. Damn her traitorous body! She ignored the
pulsing between her thighs and coerced her libido to focus on him and not her
body’s yearnings.

He lifted his hand and wrapped his
fingers around her ponytail. A slow, gentle pull on her hair and he notched her
head back. “Twice last year I didn’t get what I wanted.” He sounded put
out by the inconvenience.

Proof he lives a charmed life! That was as good as always getting
his way in her valuation. She’d endured many more disappointments than that in
the past year.

His sapphire-blue eyes looked black
in the dim lighting. “Care to know what those two were?”

If she said no, then he’d suspect
she predicted those disappointments centered on her.

“I’ll take your silence as a yes. Number
one…I didn’t want Sam and Fang together.” Surprised, her eyes widened at his
confession. The tabloids would pay good money for that juicy tidbit. “Didn’t
think they were right for one another. Gave them a lot of hell for that.” He
shrugged. “My accident—you heard about that, right?” At her nod, he went on. “It
reminded me how short life is, so I gave them my blessing to be together.”

Fallon licked her lips, suspecting
his sister hadn’t really needed his blessing to do what she wanted. “It was the
right thing to do.”

A humorous glint sparkled in his
eyes. “I’m not known for doing the right thing, darlin’. Like now.”

She frowned. “What do you mean?”

He adjusted his hand, sliding it
along her ponytail, before burying his fingers into the coil of her strands
beneath the snug grip of the rubber band. His other arm curled around her shoulders,
drawing her tight against his frame. Her heart pounded in her ears, and he
smelled good.

Jase nipped her bottom lip and at
her sharp gasp, he took advantage and slid his tongue into her mouth. The cool
minty taste of him verified he’d taken the time to brush his teeth.

Her eyelids fluttered shut, and she
groaned upon his first contact, a slow drag of his tongue against hers. The
immediate surge of wetness that drenched her panties scandalized her.

Her eyelids snapped open, and she spied
him watching her. Fine lines creased the corners of his eyes. Again and again
his tongue caressed hers, reminding her how he’d licked her breasts and between
her legs.

More moisture dampened her panties,
and her passage clenched in need. She compressed her thighs, but that action
caused her ache to grow instead of abate as she’d intended. He withdrew from her
mouth, and she almost botched stifling her groan of disappointment. Awed by the
effect Jase asserted over her body, she stared at his lips. She’d lost all
sense of restraint when he’d put them on her.

“You were
the second thing I wanted last year.” He removed his arm from her shoulders and
ran his thumb along her jaw. “I had private investigators search for you, but
they repeatedly came up empty-handed.”

Stunned by the admission, she wasn’t
sure what to make of it or if she even believed him. “Why’d you have P.I.’s
looking for me?”

“Because you’re the one that got
away.”

Jase looked serious. He didn’t flinch away from her direct stare. Didn’t
grin, didn’t even blink. But the idea that she was ‘the one that got away’ was
ludicrous…Fallon snorted, calling bullshit. She bet he said that to every woman
he wanted to screw. While he could have his pick of women, she was a convenient
lay.

“This chick isn’t stupid enough to
believe that line.”

A flash of hurt pinched his
features. His mouth parted as if he’d say something, but he settled for shaking
his head and dragging his fingers through his hair.

Their sultry spell demolished, she watched
him, refusing to allow herself to regret her callous honesty. He could have any
woman he wanted, but she wasn’t for sale.

Jase released his hold on her and picked
up the keys and cell she’d dropped on the floor. He placed them on the counter
and met her gaze dead-on. “You’re obviously not as intelligent as I thought you
were either.” 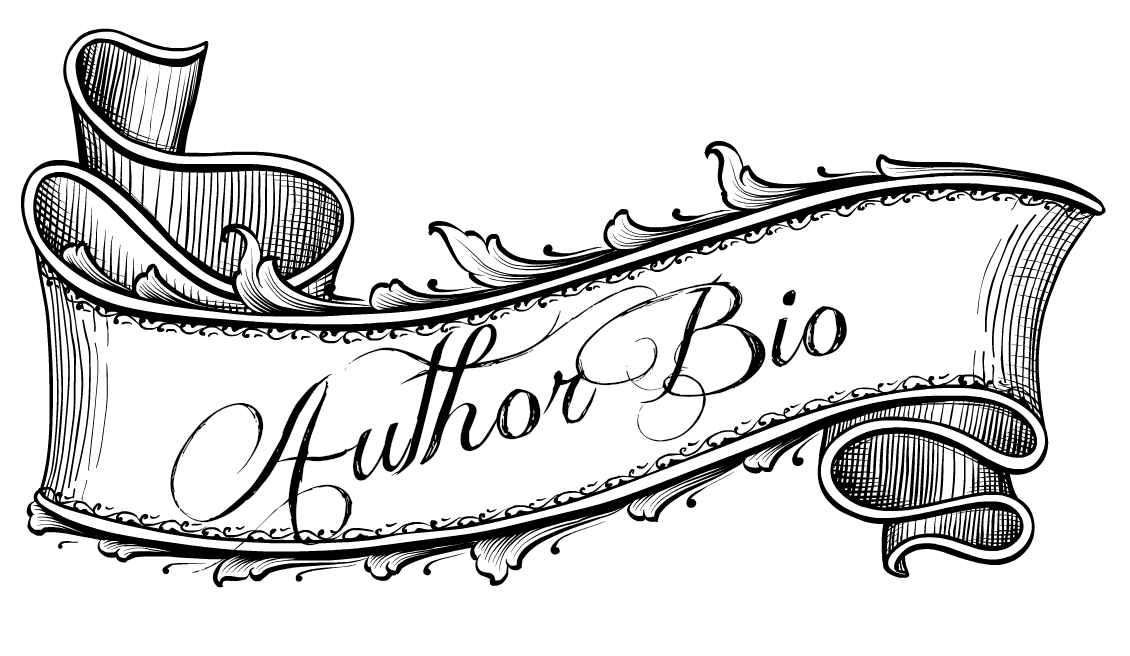 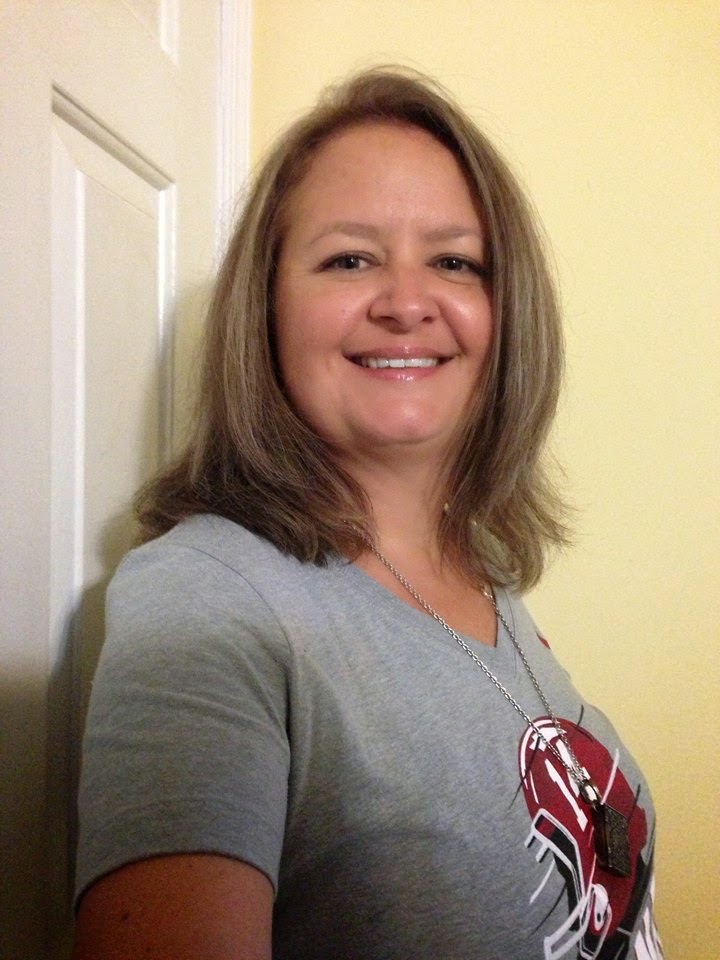 Gracen is a
hopeless daydreamer masquerading as a “normal” person in southern society. When
not writing, she’s a full-time basketball/lacrosse/guitar mom for her two sons
and a devoted wife to her real-life hero-husband of over twenty years. She has an
unusual relationship with her muse, Dom, but credits all her creative success
to his brilliant mind. She’s addicted to writing, paranormal romance novels and
movies, Alabama football, and coffee...addictions are not necessarily in order
of priority. She’s convinced coffee is nectar from the gods and when blending
coffee and writing together it generates the perfect creative merger. Many of
her creative worlds are spawned from coffee highs and Dom’s aggressive demands.
To learn more about Gracen or to leave her a comment, visit her website at www.gracen-miller.com. 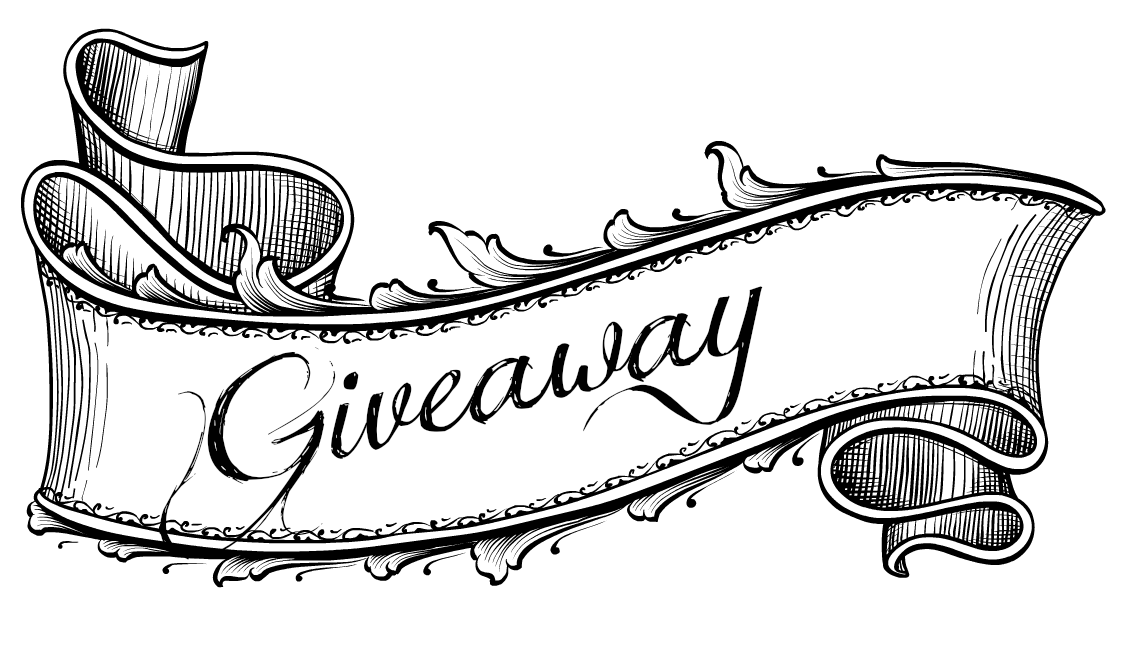